Some weeks ago we already talked about the No-Dig technology and in concrete, about one of the most known methods: “The directed horizontal drilling”.

As we have explained before, this is a process that doesn’t require even a small trench, as the pipe is installed directly from the surface and allows putting it under rivers, buildings, underground lines…

If with the directed horizontal drilling, we talk about a method for the installation of a plastic pipe where there wasn’t one before. In this occasion, we are going to talk about 3 methods of installation of pipe with No-Dig technology to substitute an old pipe.

The methods are the following ones:

These three methods that now we will describe, are used for the substitution of the old pipe (metal, cement, steel…) by a new plastic pipe.

Substitution of pipes with bursting

This method of No-Dig technology is based on the idea of installing a new pipe in the place occupied by the old one.

This process makes that the empty space of the old pipe that is even higher than the diameter in the way it can be introduced a new plastic pipe of the same diameter or even higher.

The new pipe is hooked to the cutting head so at the same time that it breaks and destroys the old pipe, it installs the new one.

Once the “bursting” has reached the end of the section, simply it is removed and it is already installed the new HDPE pipe.

The Bursting method is very used for the substitution of drinking water and gas pipes between 80 and 1000mm in sensitive soils.

Renovation of pipes through close-fit piping

The Close-Fit method is based on the renovation of pipes of urban networks by a HDPE pipe (High Density Polyethylene) with a diameter that is totally adjusted to the old pipe.

This makes that it is not necessary to fill the annular space as there is no space to fill.

The installation procedure is very simple. The new pipe that is going to be installed is in U-shaped, and that reduces its size in a 40% (better transportation and quick installation).

The new pipe with an equipment of reduction in the tip to make it smaller is hooked to a draught winch which drags along the inside of the old pipe up to the end.

Once it is installed, the winch and the equipment of reduction of the pipe are loosened and it goes back to its initial position (adjusting totally to the old pipe).

This last method is substitution of pipe through No-Dig technology. It is based on the installation of a plastic pipe of fewer diameters inside the old pipe.

It is the cheaper and most extended method. It is very used when the old pipes are damaged and they need to be changed without increasing the diameter.

It can be installed in two ways, in pipes of long sections (1000m) that previously should be welded through butt welding or with pipes by modules. Both of them are inserted through the impact of a winch.

**For this method it is essential the internal cleanness of the old pipe to avoid any kind of friction in the new pipe. Besides, it is applied a lubricant for a better installation. And besides, once it is finished, it should be covered the space that is between the old pipe and the new one with con insulating material alkaline **.

>>> Without any doubt, a technology of installation of pipes is very useful, that saves time, money and provides a longer useful life. If you believe that we can add any other aspect, we invite you to make a comment and improve the information.

Thanks and see you next Monday! 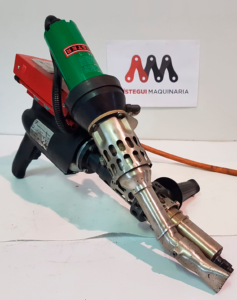